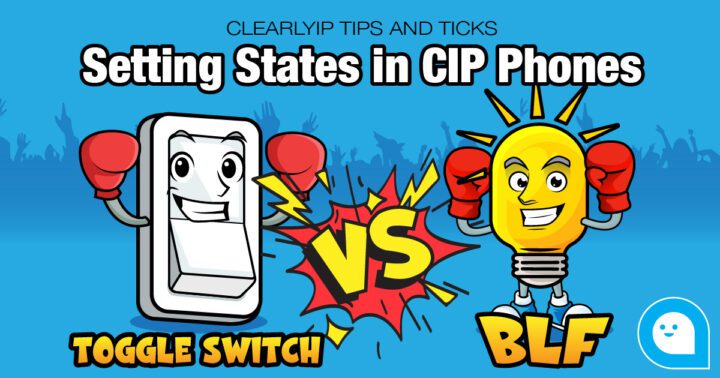 Today we will show you how to set up a DND key using our CIP Phones in two ways: Toggle Switch and BLF

Basically, this feature performs a “silent call” to the PBX. The phone sends an INVITE to the PBX, with all the required information, and the PBX process the call accordingly to its internal dial plan.

As you can see, the DND toggle switch sends the feature code (*76) and the extension (5035) from where we are setting the DND state.

And here is the “silent call” arriving at the PBX:

For example, setting the DND toggle switch, as *76, which is the feature code for DND in FreePBX, will look like this:

With this, we only need to set one key that works as a toggle switch, sending an INVITE to the PBX who will set the status of the extension, and the phone will turn on/off the LED next to the key, depending on the DND status.

To set this up, just go to Settings > Features > Do not Disturb, and enter the Feature Code for DND

Then set up a DND Key in Function Keys as follows:

We can also set the DND as a BLF Key as shown below.

Since we are using a feature code, the behavior is similar to the Toggle Switch option but, is the BLF state who turns on/off the LED next to the key, not the phone, and the advantage of this is that we can write a program or script that can change the status of the DND and turn on/off the LED remotely or without depending on the user.

Keep in mind that in this case, when the key is pressed, the phone will make a normal audible call to the PBX.

One thing worth mentioning is that Call Forward can be implemented in the same way as DND.

Here is an example showing the Toggle Switch where *96 is the Feature Code for enabling Call Forward and 12345 is the target number where the calls will be sent always, and the phone will perform a silent call to the PBX.

So with this, our CIP phones are very powerful when it comes to setting or changing any user’s status and you can adapt them to your communication needs.